Patina for me, is a measure of authenticity, it’s visual or haptic feedback that a product has seen plenty of use over a period of time.

It’s the wear in a car’s leather seat, or on the foot pedals, or on the gear stick where a wedding ring has worn through the leather that says ‘this car has been driven for more than 100,000 miles – the speedo is lying’.

You can see it in the steps on old temples or churches – hollows worn in stone by people’s footsteps over many, many years of pilgrimage.

Or, as in this picture here that I took a few years back on Machu Picchu. 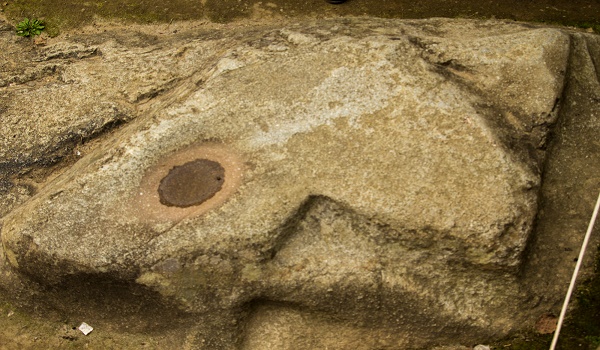 There’s 2 lines in the rock on the bottom right of the picture, they’ve been cut into the rock with a tool. But the circular bowl, where water is gathered, that’s a sign of heavy use over a long period of time. My guide on this trip told me that this rock was where they believed a kitchen would have been, and that this was where someone would kneel (the 2 lines in the rock) and the bowl area is where food would have been ground by hand. Eventually over time, forming a smooth dip in the rock. Patina.

Here at Microsoft we’re on a product journey right now with Windows 10. I work in the developer evangelism team and this means I’m trying out a lot of new PC and phone builds and I’m experiencing how apps roam across devices. And that’s what got me started thinking again about patina.

I’ve recently realised that there’s examples in digital products that are for me, patina, or more appropriately…

I started wearing a Microsoft Band when it launched in the UK a few months back. When I first loaded up the Health app on my phone (it collects the data from my Band), the app felt a little odd. There was no history there – the application seemed empty. Now though, as I’ve been tracking my cycling, running and other workouts, when I see that data in the app, that’s the patina that gives me the same emotional bond that I get with a physical object that I’ve also used for a long time.

This becomes more apparent when you switch (or wipe) a device. As the data flows back into the previously empty application, it starts to feel like a warm & familiar place again. Some of those data spikes can tell stories in the same way a chip in an old guitar holds the memory of that moment when it was dropped each time you look at it.

This is an interesting piece of data from my health app. I sometimes record activity which wouldn’t normally be classed as a workout, even though it could be. Such as when sprinting up the stairs at Lancaster Gate when the lifts are down. Or commuting Kung-Fu style down Oxford Street instead of taking the tube 1 stop. Here’s the Sing-a-long Sound of Music which stands out in my history (it has a little trophy next to it in the listing!) as it’s the longest ‘exercise’ I’ve done. 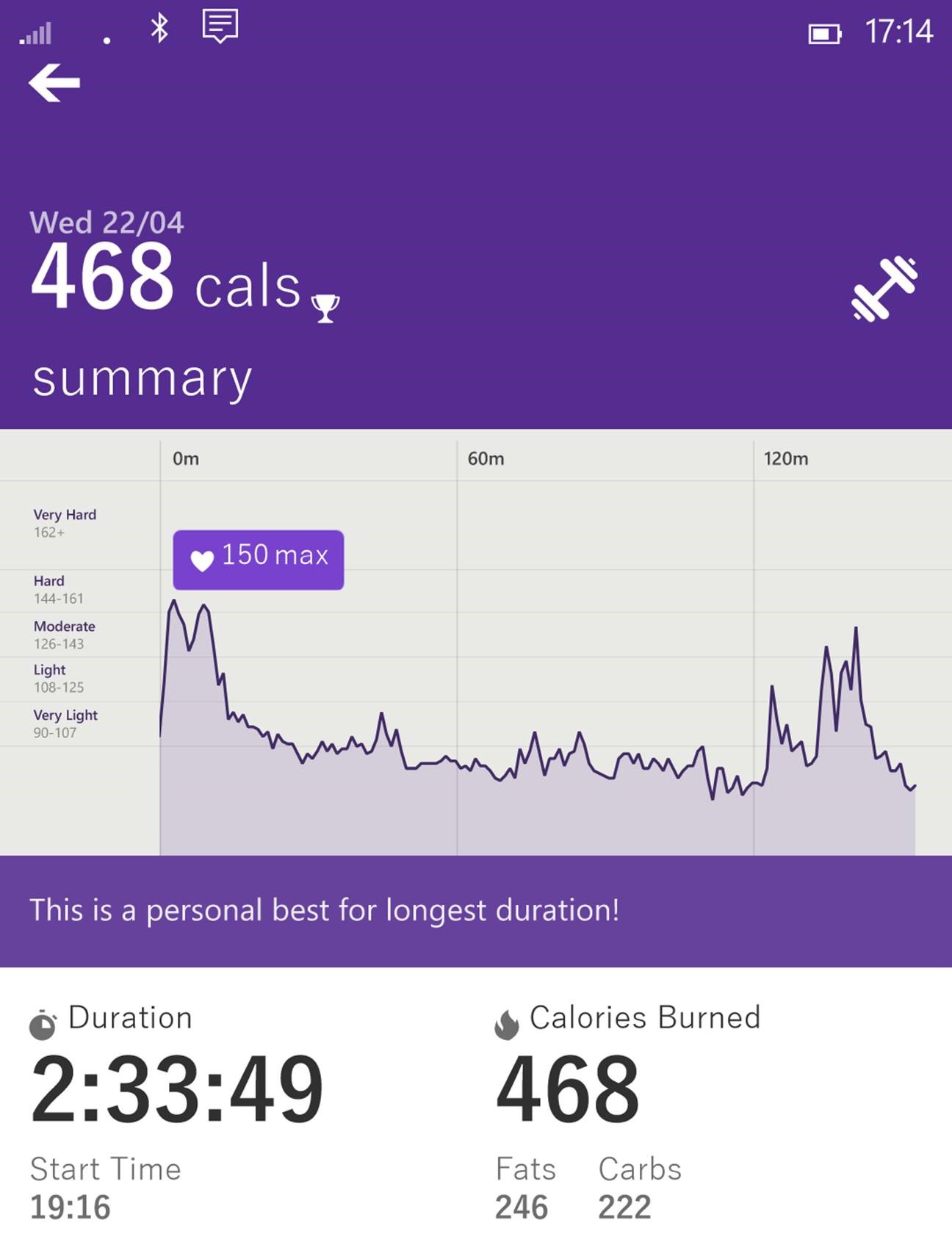 Things to call out. It actually went on for longer than that, my battery went dead on the Band as this was early days and I didn’t know what to expect from the battery. The 2 spikes in heart rate at the start. That’s when I walked in and they were doing a parade of nuns (oh, yeah, I was dressed as a nun) and I was chosen to go up on stage. The first spike is when I realised that I had walked on stage in front of hundreds of people at the Bristol Hippodrome dressed as a nun. The second spike was when someone walked up to me with a microphone to ask ‘Why are you dressed as a nun?’. I hadn’t really thought any of that through and my heart rate tells that story. 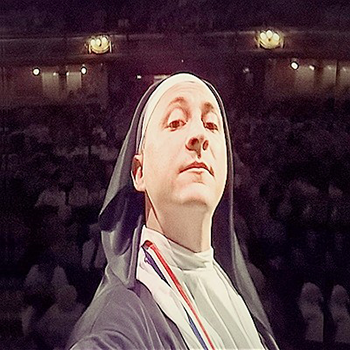 It’s those bits of data that are the patina in that application. Roam your app’s data to the cloud because otherwise I’ll forget about the time I dressed as a nun.

(Or, contextual analysis of what you know about me to provide a better experience).

Recommendation engines – they know what I’ve purchased previously, they can spot the patterns to my purchases. As a result they can offer up sensible options at timely opportunities. Using cloud intelligence to learn from that historical data so that an application can respond, that’s digital patina. A news application that learns from me the type of articles that I like to read so it suggests only those types to me.

Again, recently I’ve noticed that the health app does this. The more data that it is able to collect about me, the better it is able to analyse and give comments on those activities. Did I sleep well? That’s pretty hard to tell unless you know how I sleep in general (what’s good for me might be bad for you) but if you do know that, you can use it.

If you can train a computer to learn from my data that I sleep better when I exercise in the morning and tell me that – that’s brilliant – that’s something that I may never figure out for myself. When that happened to me, that’s the moment I felt like I was having a relationship with my Band. Because it was starting to know me, it was starting to suggest ways to make my life better.

For me, that’s a moment of emotional bonding, that’s digital patina.

Where do you want to go from here?

2 things you must do.

Unsurprisingly, we have a product for that. It’s called Microsoft Azure.

If you want to easily roam your application data so it can be accessed from any mobile or desktop device, take a look at Mobile Apps in App Service and this course on Mobile App development on Microsoft Virtual Academy.

To understand what that data can mean, take a look at Azure Machine Learning, there’s a great Azure ML course on Microsoft Virtual Academy and it’s not just for data scientists. We’re all data scientists now.

I’d love to know what you think about the above.

← Music vs Architecture
HCI Newsletter #2 – Interface of the future, more on NASA’s HoloLens, Identity and a book to read →